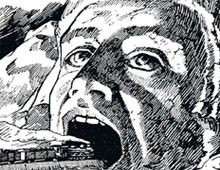 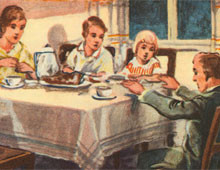 Ebb and flow of dry land 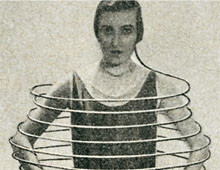 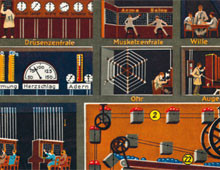 Julian Hesse, trumpeter and composer from Munich/Germany, has released a Jazz album which was largely inspired by the works of Fritz Kahn. It is entitled …

Industrial Palace in the Dalí home

Dated 1931, this old photograph depicts Gala and Salvador Dalí in their Portugese house in Portlligat. On the wall: …

Images and books by Fritz Kahn are on display in Der montierte Mensch (The Assembled Human), an exhibition in the …

At “Graphic Matters” in Breda, The Netherlands, Thilo von Debschitz will give a talk on Fritz Kahn on September …