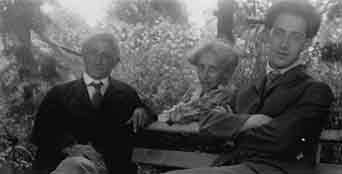 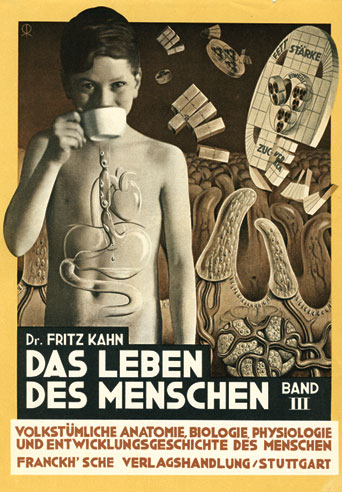 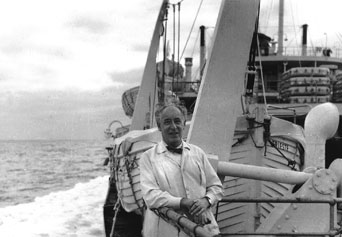 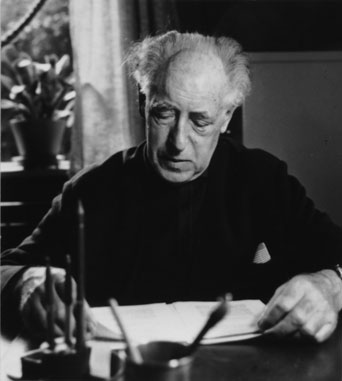 Dr. Fritz Kahn (1888–1968) was a Berlin based gynaecologist and popular science writer who visualized the structure and function of the human body in a very unique way. His magnum opus “Das Leben des Menschen” (The Life of Man, 1922–1931) fascinated laymen as well as scientists with its visual analogies and metaphors and their unusually expressive and contemporary design.

To pique his reader’s curiosity for the sciences and anthropology, Kahn tried to be up-to-date in both content and form. The predominant and more conventional illustrations were created in the publisher’s design department, following Kahns instructions. For more complex images, Kahn commissioned freelance painters, architects, and graphic designers who implemented his ideas in their own styles. A famous example was the almost life-sized poster “Der Mensch als Industriepalast” (Man as Industrial Palace) of 1926. This conceptual way of illustration became Kahn’s trademark and is now considered as a pioneer work of information design.

After the Nazis came to power, Kahn had to leave Germany, his books were banned and burned. He emigrated to Palestine, later to the US, and a Swiss publisher enabled him to issue further popular science books. Although designers throughout the world have been inspired by his illustrations, Kahn could not pursue his creative approach in the post-war time, and his name fell into oblivion. Recently, thousands of weblinks, numerous visual quotes, and a growing number of references in academic literature indicate an awakened interest in his visualizations.

The goal of this website and the monographic coffee-table-book FRITZ KAHN is to make Fritz Kahn and his work visible as vital components of the history of modern visual culture.

First impressions: Halle – Hoboken – New York City
Fritz Kahn was born in Halle on September 29, 1888. Like his father, the doctor and writer Arthur Kahn, Fritz showed a wide variety of talents and interests. He grew up with the Jewish orthodox tradition and a humanistic education. The family emigrated to the U.S. but returned to Germany only three years later.

In the field: Alsace – Vosges – Northern Italy – Algeria
During the First World War Fritz Kahn served as a combat medic. Off duty he worked on his first book, “Die Milchstraße” (The Milky Way) which became a huge success. After the war Kahn was so ill and undernourished that he was sent to Algeria for recovery.

Fame and persecution: Berlin
Back in Berlin Kahn worked as a surgeon and obstretician in a private hospital and started a family. He published the successful books “Die Zelle” (The Cell) and “Die Juden als Rasse und Kulturvolk” (The Jews as a Race and Cultural People), and the highly illustrated five-volume series “Das Leben des Menschen” (The Life of Man) made him a celebrated bestseller author. In the increasingly antisemitic climate of the 1920s Kahn founded a Jewish humanistic lodge and became chairman of the Jewish Senior Aid. Being a spokesman for the values of the Enlightenment, the convinced pacifist was expelled from Germany in early 1933. The Nazis burned his books, confiscated them and banned them with their “list of harmful and unwanted writing“.

Restless years: Jerusalem – Neuilly-sur-Seine – Bordeaux
Fritz Kahn emigrated to Palestine and with his second wife he later moved to Neuilly-sur-Seine near Paris. A Swiss publishing house enabled him to continue his career and released his internationally best selling book “Unser Geschlechtsleben” (Our Sex Life). In the following years two remakes of “Das Leben des Menschen” came on the market: In Germany Kahn‘s ilustrations were abused for a short version including a new chapter with racist and antisemitic content and in Switzerland Kahn published his own update “Der Mensch gesund und krank” (Man in Structure and Function) with lots of new stunning images. When the Germans occupied France, Kahn fled to Bordeaux and was interned shortly after. Thanks to the interventions of his friend Albert Einstein and the Emergency Rescue Committee Kahn escaped via Portugal to the U.S. in 1941.

In exile: New York City
The American translations “The Cell”, “Our Sex Life” and especially “Man in Structure and Function” made the restart a little easier for Fritz Kahn. Yet he was not able to produce any new book in the USA, due to political and cultural reasons. “Das Atom” (The atom) and “Das Buch der Natur” (The book of nature) were published in Switzerland, and later combined in the American version “Design of the Universe”.

Back in Europe: Ascona, Lugano – Munkerup – Locarno
Together with his new life companion Fritz Kahn returned to Europe in 1956. He settled down in Switzerland, where he wrote the marriage guidebook “Muss Liebe blind sein?” (Must love be blind?) and a number of popular science booklets. After Kahn survived a dramatic earthquake in Morocco in 1960, he lived and worked in Denmark. He constantly developed new projects, but he published just one more book: “The Human Body”, a modern coffee-table book released in the USA in 1965. At the age of 79 the severely ill writer traveled to Ticino for hibernation. On January 14, 1968, Kahn died in a spa clinic in Locarno. His ashes were spread over Lake Maggiore.